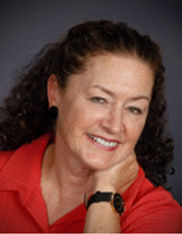 Ms. Roseman has had a distinguished career as an executive, strategist, advocate, ICT expert, and entrepreneur, primarily in the international information and communications technology and entertainment sectors. She has also devoted much of her energies to promoting social and economic development worldwide through technology and public policy. She was honored by the UN agency for ICT, the International Telecommunication Union, with its Gold Medal for advancing the roles of women in ICT and empowering young people to embrace technology and creativity as tools for positive economic change.

Ms. Roseman is active on the boards of a number of professional, non-profit and academic organizations, including serving as Chair of the Arthur C. Clarke Foundation. 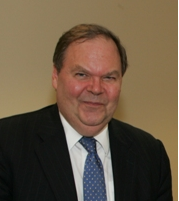 Mr. Schott serves as a Senior Advisor at the Center for Financial Stability (CFS), an independent, nonpartisan, and nonprofit NYC-based public policy think tank focused on financial markets. Mr. Schott previously served as Chief Growth and Development Officer, Senior Advisor and Chief of Staff for Give4me, LLC, a St. Louis-based start up developing products to assist companies in turning budgeted advertising dollars into customer-directed philanthropy. In 2021, the company became a distributor for UV Angel, the anti-pathogen company whose ultra-violet products and systems are aimed at addressing covid and multiple other such infections.

Mr. Schott also previously served as Head of Strategic Sales and Marketing for Seattle-based Intellectual Ventures (IV) (2009-10). Mr. Schott founded Paradigm Partners, LLC, a strategic advisory firm based in New Canaan, CT (1997-2003). He also served as a founding executive of Hearst New Media & Technology (1993-97), where he was responsible for the creation and operation of Hearst New Media Ventures. He was a management consultant in McKinsey & Company’s London office (1992-93) and a corporate attorney with Dewey Ballantine (1979-81).

Mr. Schott received his Masters of Business Administration and Bachelors degree in History from Stanford University. He also has a J. D. Degree from the University of Michigan Law School.

Timothy J. Logue is a space and satellite industry consultant, having worked in the sector for more than 40 years. He previously served in senior sales and marketing positions with both Thales Alenia Space in its Washington, D.C. area office and with Orbital Sciences Corp. (now part of Northrop). Mr. Logue began his career with the original Communications Satellite Corporation. He then worked as a staff consultant on many satellite and telecommunications projects while with two different law firms, Reid & Priest and Coudert Brothers. He returned to industry in 2006.

He has been active with professional organizations for many years and has served in several leadership positions, including as President of the Society of Satellite Professionals International’s Mid-Atlantic Division (2000-2002), Treasurer of the Arthur C. Clarke Foundation (ongoing since 1997), and as chair or co-chair of the Advisory Council of the Pacific Telecommunications Council and then chair of its Board of Governors. He now serves as the PTC’s board secretary.

He holds a master’s degree in international communications from American University’s School of International Service, and a bachelor’s degree from Duquesne University in journalism. 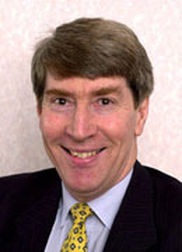 Born in Hong Kong in 1949 and educated in Bangkok, England and Scotland, Alistair Scott joined Hawker Siddeley Aviation at Hatfield as an Undergraduate Apprentice in 1967. Gaining an Aeronautical Engineering degree from Bristol University, he worked in Design and Sales Engineering on the Trident, HS125, Airbus and HS146 aircraft, operating mainly in Europe and Africa. In 1978 he joined British Aerospace in Stevenage as Marketing Manager, Defence Systems, Middle East and North Africa, and, after a spell as PA to the Deputy Chief Executive of British Aerospace, he moved over to BAE Space Systems in 1984 as Marketing Manager, Communications Satellites, spending much of his time in the Middle East and Australasia.

On the formation of Astrium in May 2000, he was appointed Director of Communications and is now Adviser (UK) PR & Communications, EADS Astrium where many of the world’s largest communications and TV satellites are designed and built alongside spacecraft destined for Mars, Venus and Mercury. Alistair is a Vice-President of the British Interplanetary Society and a Member of the Royal Aeronautical Society His hobbies include military vehicles, vintage cars, sailing and cartooning and he was also a Major in the Territorial Army. He is married with two grown up children. 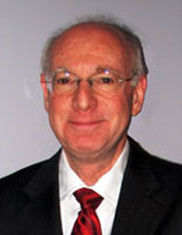 Dr. Bravman is currently engaged in a number of satellite and communications projects both as an entrepreneur and an advisor. He serves on the Executive Committee of the Maryland Angels Council, an early stage investment fund, as well as a number of boards, including NDIA, Syntonics LLC, and the Cornell University Engineering Alumni Association. 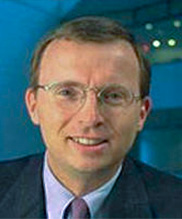 For more than thirty years, Michael R. Nelson has worked on Internet-related global public policy issues. Four years ago, he launched the Washington DC policy office for Cloudflare, a startup that has improved the performance and security of more than 13 million Web sites. Prior to that, he was a Principal Technology Policy Strategist in Microsoft’s Technology Policy Group and a Senior Technology and Telecommunications Analyst with Bloomberg Government.

In addition, since January, 2009, Michael Nelson has been teaching courses and doing research on futures and forecasting, the evolution of the Internet, technology policy, innovation policy, and e-government in the CCT Program at Georgetown University. For ten years, Nelson was Director of Internet Technology and Strategy at IBM, where he managed a team helping define and implement IBM’s Next Generation Internet strategy.

In the 1990s, Nelson was Director for Technology Policy at the Federal Communications Commission and Special Assistant for Information Technology at the White House Office of Science and Technology Policy. There he worked with Vice President Gore and the President’s Science Advisor on issues relating telecommunications policy, information technology, encryption, electronic commerce, and information policy. From 1988 to 1993, he served as a professional staff member for the Senate’s Subcommittee on Science, Technology, and Space, chaired by then-Senator Gore and was the lead Senate staffer for the High-Performance Computing Act. He has a B.S. from Caltech and a Ph.D. from MIT. 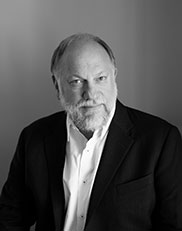 William Vincent (Vince) Walisko has had an active role in telecommunications technology and business development for over 40 years. He had on-air and engineering duties at a commercial radio station during high school and master control and editing at a commercial television station during his time at the Syracuse University S.I. Newhouse School of Public Communications. He taught television technology as a member of the Adjunct Faculty at The American University. He was involved with the development of Satellite News Gathering at GTE Spacenet and the development of fly-away systems for GEC McMichael. Vince managed the development of a video capture and playback system for PCs at a company cofounded by Tom Wheeler in the late 1980s. He served as Project Manager for PanAmSat during the early years while they had only one satellite. He shepherded the transition to and interoperability of digital satellite video during his time as Group Director of Global Broadcast and Special Services at Intelsat. Vince managed an international sales and marketing team for Williams Vyvx Services. He cofounded three companies and consulted to satellite operators and Government contractors before he took over all technical aspects of GE Satellite operating a single satellite in the Asia/Pacific region with focus on mobility/aeronautical services. His current role is Chief Information Security Officer and Senior Vice President, Engineering & Operations for Eutelsat America Corp., a subsidiary of Eutelsat. Vince believes that organizations such as the Clarke Foundation which promote learning, creativity and thought synthesis help to instill values important to the future of our society. 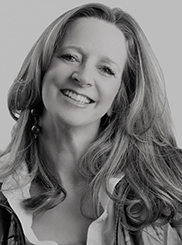 Constance Chatfield-Taylor started Flying Colors Broadcasts in the late 80s after international satellites became deregulated. She seized the opportunity to utilize the medium and grow the company while keeping up with changing technologies and businesses. Her passion for adventure and trying new things has served Constance and Flying Colors well. Her favorite moment is when a client comes in saying it can’t be done, but then Flying Colors changes the dialogue and figures out a solution the client loves. Find Constance out on the polo field or up in the trapeze—she’d love to hear your story and give you a business card! 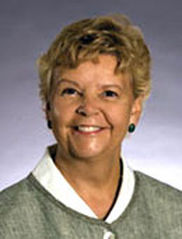 Monica Morgan is founder of MoJoMo Communications, a small, business-to-business communications firm that specializes in developing campaigns and events supporting the branding, market development and customer relations of companies in the satellite industry. Previously, Morgan was the Vice President of Princeton-based SES AMERICOM/GE AMERICOM, the largest supplier of commercial satellite services in the U.S. serving the broadcast, government and enterprise markets. Prior to this assignment, Morgan worked with large enterprises in the development of private satellite networks and events. Her broadcast expertise comes from six years with the Public Broadcasting Service where she produced live, satellite-delivered events and led the group that developed and delivered daily programming to business and educational sites. Her early career was spent with three not-for-profit organizations based in the Washington, DC area: the Capital Children’s Museum, the American Film Institute, and the Friends of the National Zoo. 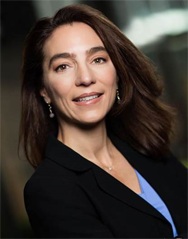 Stacy Swann is the CEO and Founding Partner of Climate Finance Advisors. Stacey has twenty plus years of experience in finance, fund management and development, including with the International Finance Corporation (IFC) where she was Head of IFC’s Blended Finance Unit, responsible for managing more than $750 million in funding for climate-smart investments. While at IFC, she also supported World Bank Group efforts to work with policy makers and other financial institutions on issues related to blended finance, climate finance, climate-smart fiscal policies, and incorporating practical policy and investment approaches to managing climate risk. Stacy holds an MBA from American University, a Master’s Degree from Harvard University and a BA from City University of New York – Hunter College. 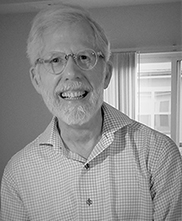 Paul Julin is an ex officio board participant as ACCF’s executive director. For the 20 years previous, he advised philanthropists on their grant and gift investments at three research universities. Before that, he worked 10 years at a major aerospace company as a manager of communications and as a policy writer, while serving as a liaison to a workplace fundraising campaign for Seattle-area community needs. He began his career developing new health care delivery models. His educational background includes a master’s degree from Yale University and a bachelor’s degree from the University of Notre Dame.